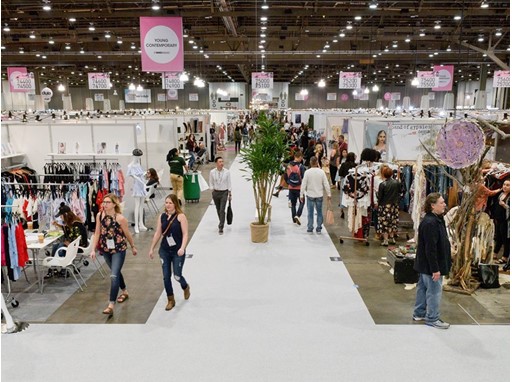 LAS VEGAS -- Summers in Las Vegas are not just for vacations as serious business will continue to keep the No.1 trade show destination in the country booming. Over the next few months, Las Vegas will have a full calendar of sporting events and conventions to occupy visitors while vastly impacting the local economy.
“Las Vegas continues to show that there is no off-season for the destination anymore as the summer months will draw thousands of visitors for special events and conventions,” said Rossi Ralenkotter, president/CEO of the Las Vegas Convention and Visitors Authority (LVCVA).
In the past year, Las Vegas has solidified itself as a mecca for professional sports with the arrival of the National Hockey League (NHL)’s newest team, the Vegas Golden Knights, and the upcoming relocation of the National Football League (NFL)’s Raiders to the destination. However, Las Vegas has had a long history of sports in the destination with special conventions also bringing thousands of attendees during the summer months.
Kicking off Las Vegas summer sporting events is 2017 USA Table Tennis National Championships, the foremost international table tennis tournament in the country. This year, the tournament is expected to attract more than 1,000 players from around the world to the Las Vegas Convention Center (LVCC) July 3-8.
For the fifth consecutive year, future basketball stars will congregate at the University of Nevada, Las Vegas’ Thomas & Mack Center and Cox Pavilion for the Samsung NBA Summer League, July 7-17. Now in its thirteenth year, the Summer League will see a record 24 National Basketball Association (NBA) teams compete in a 67-game tournament, and is expected to attract more than 108,000 attendees for a projected $20.5 million in direct visitor spending.
Younger basketball hopefuls will return to the LVCC for the Jam On It Basketball Academy July 14-24. Jam On It has five distinct tournament events featuring 48 basketball courts with boys and girls ages 5 to 18 competing under one roof.
Rounding off the summer of sports, RollerCon 2017 will put roller derby fans in a spin July 26-30 at the Westgate Las Vegas Resort & Casino’s Convention Center. As the original roller derby convention in the world, RollerCon will bring skaters at every level together as they compete on especially-built tracks.
Las Vegas gets serious beginning with Cosmoprof North America which returns to the Mandalay Bay Convention Center July 9-11. As the leading business-to-business beauty trade show, Cosmoprof’s estimated 35,000 attendees will engage with a record-breaking 1,154 exhibitors from 38 countries. The trade show is expected to generate $41.1 million in direct visitor spending for the destination.
The Association of Woodworking & Furnishing Suppliers (AWFS) Fair, North America’s largest woodworking show, will be in the LVCC July 19-22. The show’s estimated 15,000 attendees will have the opportunity to see firsthand what’s new in their industry, network and expand their knowledge through a variety of educational workshops. The show is expected to generate $17.6 million from direct visitor spending.
Black Hat USA 2017 is the world’s leading information security event and provides attendees with the very latest in research, development and trends. Now in its 20th year, the show will attract an estimated 15,000 people to the Mandalay Bay Convention Center July 22-27 for a projected $17.6 million in direct visitor spending.
Even Fido will have a special place in Las Vegas’ summer business. SuperZoo West 2017—the National Show for Pet Retailers—returns to the Mandalay Bay Convention Center July 25-27. As the largest pet industry trade show in North America, 20,000 buyers and exhibitors are expected to participate, generating an estimated $23.5 million in direct visitor spending.
The LVCC will welcome the most comprehensive B2B trade show bringing the world’s widest variety of retail merchandise together in one efficient shopping experience with the arrival of ASD MARKETWeek July 30-Aug. 2. Although ASD is held twice annually, it consistently draws large crowds. This summer, it’s expected to bring 44,000 attendees for an estimated $51.7 million in direct visitor spending.
The World Market Center will host Las Vegas Market July 30-Aug. 3, offering all 50,000 of its attendees a comprehensive look at the latest trends in furniture and home décor. Attendees, comprised of retailers and designers, are projected to inject $58.7 million into the local economy.
Retailers know that the OFFPRICE Show offers the lowest prices on the market. The show returns to the Sands Expo and Convention Center Aug. 12-15 to offer them a dynamic retail industry experience. Featuring everything from apparel to footwear, accessories to jewelry all at a fraction of the wholesale price, the trade show is expected to attract 11,500 retail buyers. This year’s show is expected to result in $13.5 million in direct visitor spending.
Summer business comes to a fashionable end with MAGIC Marketplace with shows both at the LVCC and the Mandalay Bay Convention Center Aug. 14-16. MAGIC is recognized as the world’s largest fashion marketplace. Held twice a year, MAGIC’s summer session will draw 85,000 industry insiders for an estimated $99.8 million in direct visitor spending.
Las Vegas convention business heats up during the summer, with the above sporting events, conventions and trade shows resulting in more than $340 million in direct visitors spending to the destination. Yet, this is only a snapshot of the group business hosted throughout the destination during the summer months. In 2016, nearly 4,000 meetings, conventions and trade shows took place in Las Vegas June through August, for a total attendance of nearly 1.4 million delegates. Meetings and conventions play a key role in Southern Nevada’s economy, supporting 85,000 jobs and generating $12.4 billion in local economic impact.
ABOUT THE LVCVA
The Las Vegas Convention and Visitors Authority (LVCVA) is charged with marketing Southern Nevada as a tourism and convention destination worldwide, and also with operating the Las Vegas Convention Center and Cashman Center.  With nearly 150,000 hotel rooms in Las Vegas alone and more than 11 million square feet of meeting and exhibit space citywide, the LVCVA's mission centers on attracting ever increasing numbers of leisure and business visitors to the area. Download the virtual reality app, Vegas VR, to experience Las Vegas from your iPhone or Android by visiting http://www.vrtv.vegas/.   For more information, go to www.lvcva.com or www.visitlasvegas.com.