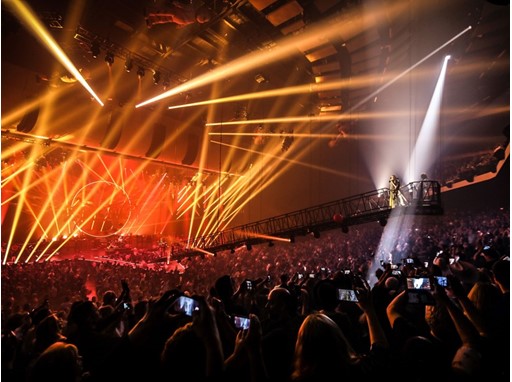 LAS VEGAS — From star-studded celebrity residencies and state-of-the-art, live action productions to side-buckling comedy acts, Las Vegas continues to take center stage with an unprecedented lineup of entertainment options now through October.
“More and more visitors are traveling to Las Vegas to experience the variety of entertainment available exclusively in the destination,” said H. Fletch Brunelle, vice president of marketing for the Las Vegas Convention and Visitors Authority. “Enhancing the can’t-miss energy that shows ‘Vegas Changes Everything,’ our resort partners continue to cultivate an incredible lineup of star power, delivering extraordinary and unforgettable performances each night for every audience.”
What’s New
What’s Hot
Back By Popular Demand
Live Action Productions
Festivals
###
ABOUT THE LVCVA
The Las Vegas Convention and Visitors Authority (LVCVA) is charged with marketing Southern Nevada as a tourism and convention destination worldwide, and also with operating the Las Vegas Convention Center. With nearly 150,000 hotel rooms in Las Vegas alone and more than 11 million square feet of meeting and exhibit space citywide, the LVCVA's mission centers on attracting ever increasing numbers of leisure and business visitors to the area. Download the virtual reality app, Vegas VR, to experience Las Vegas from your iPhone or Android by visiting http://www.vrtv.vegas/. For more information, go to www.lvcva.com or www.visitlasvegas.com.