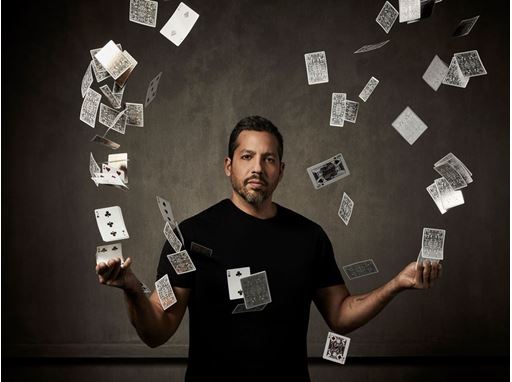 Tour de France Event for Amateur Cyclists Coming to Las Vegas May 2023
L’Étape Las Vegas by Tour de France, an amateur mass participation cycling event by Tour de France, is coming to Las Vegas on May 13 and 14, 2023. L’Étape Las Vegas offers a distance for all cycling abilities. -iders can choose between the 75-mile, 50-mile or 25-mile competitive distances. Riders will compete for authentic Tour de France jerseys including the Yellow Jersey, for the overall male and female winners, the Green Jersey, for the sprint-section winners, and the Polka-Dot Jersey, for the King/Queen of the Mountain (KOM/QOM) section winners. All routes will depart from the Las Vegas Ballpark and head west into Red Rock Canyon, with elevation of over +6,000 ft for riders opting for the 75-mile distance. Courses have been designed by Tour de France experts and course maps are available online at lasvegas.letapebytourdefrance.com. There will also be a Family Ride (10-miles) and Kids Race. The weekend-long event will include a fan fest at the Las Vegas Ballpark, patterned after the iconic Tour de France Village Départ. For more information, contact Michael Brown, mb@mbevents.ca.

Earth, Wind & Fire to Return to The Venetian® Resort For Seven-Show Limited Engagement
The legendary music group Earth, Wind & Fire will return to The Venetian Theatre inside The Venetian® Resort Las Vegas for a seven-show limited engagement this fall. The shows will be held on Oct. 26, 28 and 29 and Nov. 2, 4, 5 and 6 at 8 p.m. The band has scored eight number one hits, have sold over 100 million albums worldwide and released 23 albums. Eight of those albums went Double Platinum and hit the Top 10, making them one of the best-selling artists of all time. They've won an impressive nine Grammy Awards including one for Lifetime Achievement (2012). In 2000, Earth, Wind & Fire was inducted into the Rock and Roll Hall of Fame, cementing their lasting impact on popular music. For more information, contact Kelly Frey, KF Publicity, kelly@kfpublicity.com.

Reckless in Vegas Announces Engagement at SAHARA Las Vegas
Reckless In Vegas, whose utterly distinctive sound offers a Modern Twist on Vintage Vegas, recently announced tickets are now on sale for its engagement at SAHARA Las Vegas, which begins June 30. Performing in the Las Vegas Strip’s fabled resort-casino, which recently completed a $150 million renovation and where Louis Prima, Bobby Darin, Buddy Hackett and Don Rickles once graced the showroom stage, Reckless In Vegas will appear in the SAHARA Las Vegas Theatre on Thursday and Friday evenings at 8:30 p.m. Audiences can look forward to rocking out to the power trio’s exhilarating original renditions of beloved classics by the Rat Pack, Elvis Presley and more. For more information, contact Jevaughn Williams, The Vox Agency, jevaughn@thevoxagency.com.

The 53rd Annual World Series of Poker Kicks Off on The Las Vegas Strip
The World Series of Poker made its highly anticipated debut on the Las Vegas Strip inside Bally’s and Paris Las Vegas on May 31. This year the WSOP will take place on The Las Vegas Strip for the first time ever at Bally's, the future Horseshoe, and Paris Las Vegas Hotel & Casino. The World Series of Poker® is the largest, richest and most prestigious gaming event in the world, having awarded more than $3.5 billion in prize money and the prestigious gold bracelet, globally recognized as the sport's top prize. Featuring a comprehensive slate of tournaments in every major poker variation, the WSOP is poker's longest-running tournament in the world, dating back to 1970. In 2021, the event attracted 127,075 entrants to the Rio All-Suite Hotel & Casino in Las Vegas and awarded more than $237 million in prize money. For more information, contact Eirianne Kennelley, Kirvin Doak Communications, WSOP@kirvindoak.com.

Wynn Las Vegas Unveils New Luxury Accommodations
Wynn Las Vegas, the largest Forbes Travel Guide Five-Star resort in the world, unveils details of a new room concept that will transform its luxury guest accommodations across Wynn Las Vegas and Wynn Tower Suites. Currently under construction and scheduled to be completed this month, the project is the largest and most extensive design evolution ever made to the tower’s 2,674 guest rooms, suites, elevator lobbies, and resort tower corridors. At its heart, the new guest room design intends to give travelers a sense of escapism that feels instantly comfortable and familiar. Rooted in a polychromatic palette of soft hues, layers of pattern and texture abound. Each room is highlighted by wood accent walls, a range of functional and atmospheric illumination, luxurious textiles and linens, and accents of natural stone, decorative metal, and original artwork. For more information, contact Deanna Pettit-Irestone, Wynn Las Vegas, deanna.pettit@wynnlasvegas.com.

Resorts World to Debut ‘Summer Nights Concert Series’
Resorts World Las Vegas is kicking off the summer season with the announcement of its Summer Nights Concert Series. Beginning early June and running through August, the Resorts World Event Center will transform into a concert hotspot as guests are welcomed to enjoy performances from a diverse roster of entertainers. The series will highlight multiple genres of music, providing a new, exciting entertainment option at the property. The lineup for the Summer Nights Concert Series includes: Jamey Johnson, June 11; Anuel AA, July 1; and Young the Giant, July 9. Additional acts to be announced in the coming weeks. For more information, contact Nick Flynn, Allied Global Marketing, resortsworld@alliedglobalmarketing.com.

Sarah Brightman Announces First Exclusive Las Vegas Engagement at The Venetian Resort Las Vegas
This October, the world’s biggest-selling soprano and legendary GRAMMY® Award-nominated artist Sarah Brightman will entertain her first exclusive Las Vegas engagement at The Venetian Theatre inside The Venetian® Resort Las Vegas. With these being Brightman’s only U.S. dates of the year, fans can travel from around the world to be enchanted by “A Starlight Symphony … An Evening with Sarah Brightman.” The shows will be held Oct. 12, 14 and 15. This beautiful new show will feature Sarah performing many of her greatest hits with an orchestra, choir and special guest Japanese superstar and composer Yoshiki, alongside other guest performers. Yoshiki recently collaborated with Brightman on their hit single “Miracle,” which appears on her latest studio album HYMN. For more information, contact Kelly Frey, KF Publicity, kelly@kfpublicity.com.

Tacos & Tequila Returns to Vegas with Vibrant New Restaurant & Cantina at Palace Station Hotel and Casino
The award-winning margaritas and Mexican food of Tacos & Tequila (T&T) have returned to Las Vegas with a vibrant new restaurant and cantina at Palace Station. Now open, the new T&T spans 4,000 square feet near the sports book. A Las Vegas favorite on the Strip for more than a decade, T&T is known for its fun, lively atmosphere and flavorful dishes that combine traditional and modern Mexican cuisine. T&T celebrates Mexican culture with vibrant design and oversized photographs of Mexico City that canvas the dining room walls. HDTVs throughout the restaurant and cantina offer prime sports viewing and proximity to the sports book makes it an ideal place to watch, dine and bet. For more information, contact Cheyenne Sky, Wicked Creative, tandt@wickedcreative.com.

Resorts World Las Vegas and Elephant Parade Unveil 26 Life-Sized Baby Elephant Statues
Resorts World Las Vegas, in partnership with Elephant Parade®, recently debuted 26 decorated elephant statues as they kick-off their efforts to raise funds and awareness for elephant welfare and conservation projects. The parade took over The District as a herd of life-sized baby elephant statues were unveiled, each being personally designed by various celebrity, retail and business partners. Elephant Parade®, the world’s largest touring public elephant art exposition that raises awareness of and support for elephants, carries a strong conservation message to highlight the plight of wild elephants. Elephant Parade has toured around the world, and this stop at Resorts World Las Vegas will mark the first-ever display in the city. This exciting installation will be at the Strip’s newest resort through Labor Day weekend, then will be auctioned off to benefit elephant welfare programs. For more information, contact Nick Flynn, Allied Global Marketing, resortsworld@alliedglobalmarketing.com.

The Neon Museum to Offer Free General Admission for Active-Duty Military Members and Their Families This Summer
The Neon Museum has joined Blue Star Museums, a collaboration among the National Endowment for the Arts, Blue Star Families, the Department of Defense, and more than 2,000 museums across America. As a member, The Neon Museum will offer active-duty military personnel and their families free general admission to the Neon Boneyard this summer, from Armed Forces Day, May 21, through Labor Day, Sept. 5. The free admission program is available for those currently serving in the United States Military —Army, Navy, Air Force, Marine Corps, Coast Guard as well as members of the Reserves, National Guard, U.S. Public Health Commissioned Corps, NOAA Commissioned Corps — and their spouses and children. It is recommended that the free general admission tickets to The Neon Museum for the program be reserved online at https://www.neonmuseum.org/visit/ticket-pricing. For more information, contact Amy E. S. Maier, The Warren Group, amy@twgpr.com.

Carlos Santana Extends House of Blues Residency into Fall 2022
Legendary guitarist Carlos Santana, along with the House of Blues at Mandalay Bay Resort and Casino, announce that An Intimate Evening with Santana: Greatest Hits Live will continue to keep crowds rockin’ and rollin’ into late 2022. Featuring unparalleled dynamic energy, the Santana residency is a must-see concert experience for locals and fans from around the world who travel to feel the love and groove alongside the award-winning artist. The recently added dates are: Sept. 14, 16-18, 21, 23-25; Nov. 2, 4-6, 9, 11-13. For more information, contact Alissa Kelly, PR Plus, alissa@prpluslv.com.

Producers of Bat Out of Hell – The Musical Announce All-New Las Vegas Residency
The award-winning hit production Bat Out of Hell – The Musical, featuring Jim Steinman and Meat Loaf’s greatest hits, is set to perform in one of the most iconic entertainment destinations in the world – The Las Vegas Strip. The electrifying theatre experience will debut its ongoing residency at Paris Las Vegas Hotel & Casino on Sept. 27, 2022. For the stage musical, the legendary and award-winning Jim Steinman incorporated iconic songs from the Bat Out of Hell albums, including You Took the Words Right Out of My Mouth (Hot Summer Night), Bat Out of Hell, I’d Do Anything for Love (But I Won’t Do That), Paradise By the Dashboard Light and Two Out Of Three Ain’t Bad, as well as a previously unreleased song, What Part of My Body Hurts the Most. In Bat Out of Hell – The Musical, the chart-topping rock songs of Mr. Steinman propel an epic story of rebellious youth and passion as Strat, the immortal leader of The Lost, has fallen in love with Raven, the beautiful daughter of the tyrannical ruler Falco. For more information, contact Robert Jarrett, Caesars Entertainment, RJarrett@caesars.com.