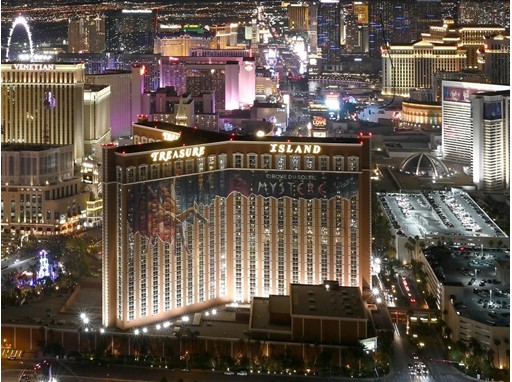 LAS VEGAS – Las Vegas launched a new campaign, “What Happens Here, Only Happens Here,” which continues to reinforce the legendary brand’s status as the paramount purveyor of adult freedom. The new campaign launched during the 62nd GRAMMY™ Awards, making Las Vegas the first destination to ever place a 60-second ad during the international broadcast and the first to debut the campaign with an emoji prompted by the campaign hashtag #OnlyVegas on Twitter.

Las Vegas tapped into its roster of star-studded resident performers to showcase the destination in a way that Only Vegas can. The new ad features Live Nation residency artists Shania Twain, Christina Aguilera and Aerosmith, who filmed their part during one of their “Deuces Are Wild” residency dates at Park Theater at Park MGM. Both Twain’s “Let’s Go!” and Aguilera’s “The Xperience” residencies are at Zappos Theater inside Planet Hollywood Resort & Casino. It also showcases Lady Gaga’s bandleader Brian Newman and his show “Brian Newman After Dark” at The NoMad Restaurant at NoMad Las Vegas and UFC heavyweight fighter Francis Ngannou.

“Las Vegas utilized an impressive array of global superstars to deliver the message that what happens in Las Vegas only happens here,” said Steve Hill, CEO and president of the Las Vegas Convention and Visitors Authority (LVCVA). “Millions of visitors travel to the destination annually as it’s the only place that delivers so many unique entertainment, culinary and nightlife experiences in one location. Nowhere else can you dine at a handful of celebrity chef restaurants, see top-tier talent like Aerosmith, Shania Twain and the Vegas Golden Knights, and recharge at some of the world’s top-rated spas, all in one weekend.”

In the wake of the deaths of Kobe Bryant, his daughter Gianna and seven others, Las Vegas postponed all activities surrounding the launch of the new campaign, including marquee takeovers, Instagram-worthy photo opportunities and more.

The ad was filmed in Las Vegas and is airing on major national and network channels.