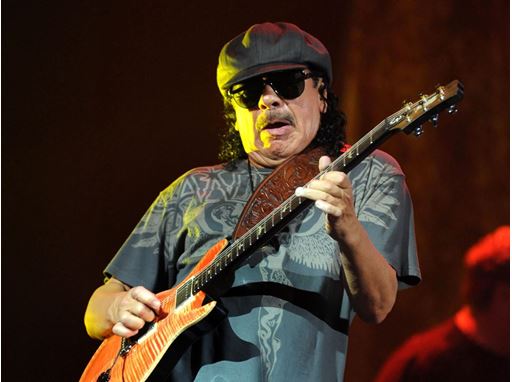 LAS VEGAS – Every September, the “Entertainment Capital of the World” invites visitors from around the world to celebrate Mexican Independence Day with a lineup of exciting events and entertainment. Throughout Las Vegas, revelers can enjoy performances by unforgettable headliners, championship boxing and hilarious comedians during the 2018 El Grito festivities.
Fueling the El Grito excitement across Las Vegas, Canelo Alvarez and Gennady Golovkin will return to T-Mobile Arena for their historic, 12-round middleweight championship rematch, Saturday, Sept. 15. In September 2017, Canelo and GGG met in the ring for the first time across a competitive 12 rounds of action that ended in a split draw.
Hakkasan Group will host a weekend-long celebration in honor of Mexican Independence Day at its famed daylife and nightlife venues throughout the destination. From Sept. 13-16, the globally recognized venues will keep the party going with A-list entertainment including Calvin Harris, Kaskade, Elephante, Tyga, Lil Jon and Tiësto; Latin-inspired celebrations and a fight night viewing party.
On Sept. 15 and 16, The Forum Shops at Caesars Palace will feature strolling Mariachis and live modeling in celebration of Mexican Independence Day, as well Spanish-speaking greeters sharing special offers.
The Dorsey inside The Venetian Las Vegas will host The Dorsey Sessions, a series of pop-up events featuring noteworthy visiting bartenders, artists and musicians from across the world. In September, they will feature José Luis León of Mexico City’s Licoreria Limatour, which has made Drinks International’s coveted 50 Best Bars list from 2014 - 2017.
Kicking up the action, the Las Vegas Lights Football Club will face off against the Portland Timbers on Sept. 16 at 6 p.m. The Lights, a United Soccer League team, will celebrate Mexican Independence Day with mariachi performances throughout the night, a spectacular red, white and green fireworks display immediately following the game and much more.
To complement the destination’s top-notch entertainment offerings, Las Vegas boasts an array of leading culinary experiences. Cabo Wabo Cantina located inside Miracle Mile Shops at Planet Hollywood Resort & Casino will celebrate with an authentic Mexican platter, parrillada, made with BBQ pork ribs, carne asada, achiote chicken and chorizo, served with grilled onions, jalapeños, rice, beans and flour tortillas. Libertine Social at Mandalay Bay Resort and Casino will feature a taco cart serving homemade carnitas tacos on the restaurant’s patio. Drink specials will also be available such as $10 Julio Palomas, $10 Batanga and $5 bottled cervezas and Squirt soda. At Park MGM, Juniper Cocktail Lounge will toast to Mexican Independence Day with a specialty Gracias a Dios Mezcal gin-based Paloma, Sunday, Sept. 16.
On Sept. 15, Downtown Container Park will celebrate El Grito with headlining entertainment by Metalachi, the world’s first and only heavy metal mariachi band. Keeping the party going, additional bars will be added to The Lawn at Container Park and will feature drinks specials including $5 Espolon tequila shots, $6 Corona and Modelo drafts, $9 Palomas as well as $10 Cadillac Margarita and Tequila Sunrise cocktails.
Divas Mexicanas, a spectacular Mexican Independence Day show with full mariachi featuring Graciela Beltrán-La Reina Del Pueblo, Rosenda Bernal and Mary Boquitas, will take over The Space, Sept. 16.
World-class Latin performers taking over iconic Vegas venues include:
To plan your unforgettable trip to Las Vegas visit www.VisitLasVegas.com.
###
About the LVCVA
The Las Vegas Convention and Visitors Authority (LVCVA) is charged with marketing Southern Nevada as a tourism and convention destination worldwide and also with operating the Las Vegas Convention Center. With nearly 150,000 hotel rooms in Las Vegas alone and more than 11 million square feet of meeting and exhibit space citywide, the LVCVA’s mission centers on attracting ever increasing numbers of leisure and business visitors to the area. Download the virtual reality app, Vegas VR, to experience Las Vegas from your iPhone or Android by visiting http://www.vrtv.vegas/. For more information, go to www.lvcva.com or www.visitlasvegas.com.