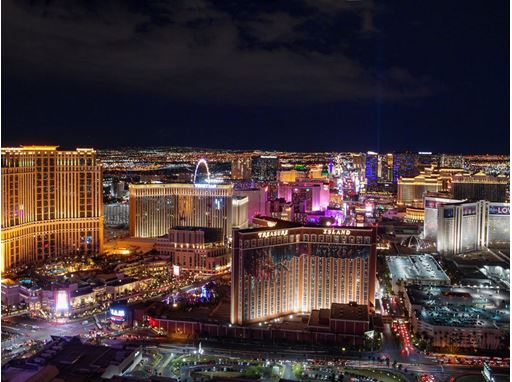 In addition to strong leisure travel, an estimated 2.2 million convention attendees were hosted throughout Las Vegas since in-person trade shows returned to the destination in June 2021, reigniting the meeting and convention industry.

Since June, the Las Vegas Convention Center (LVCC) hosted 52 trade shows and events with more than 700,000 attendees, demonstrating the value of conducting business in-person and showcasing confidence by trade show organizers that meetings can be held safely and efficiently. This included the return of hallmark tradeshows such as World of Concrete in June, which represented the first major trade show to reconvene in U.S. since the start of the pandemic, and SEMA, an automotive industry trade show that attracted more than 100,000 attendees.

For 26 consecutive years, Las Vegas remains the number one trade show destination in North America, according to the Trade Show News Network (TSNN), the world's leading resource for the trade show, exhibition and event industry.

The year saw the debut of new venues, including Resorts World and Virgin Hotels, as well as the West Hall, the LVCC’s $1 billion expansion, and the Convention Center Loop, the Boring Company’s innovative underground transportation system beneath the convention center. The LVCVA Board of Directors also approved approximately $27 million in investments to bring special events to Las Vegas through June 2022. And the destination shows no signs of slowing down. It is poised to host the and NFL Pro Bowl at Allegiant Stadium in February and the NFL Draft at iconic areas throughout Las Vegas in April. Las Vegas will also host the Super Bowl at Allegiant Stadium in 2024.

The full report generated by the LVCVA’s Research department is available here.

The Las Vegas Convention and Visitors Authority (LVCVA) is charged with marketing Southern Nevada as a tourism and convention destination worldwide and with operating the 4.6 million square-foot Las Vegas Convention Center (LVCC). With 150,000 hotel rooms and 14 million square feet of meeting and exhibit space in Las Vegas alone, the LVCVA's mission centers on attracting leisure and business visitors to the area. The LVCVA also owns the Las Vegas Convention Center Loop, an underground tunnel designed by The Boring Company and the Las Vegas Monorail, an elevated 3.9-mile system with seven stops throughout the resort corridor. For more information, go to www.lvcva.com, www.visitlasvegas.com or www.vegasmeansbusiness.com.