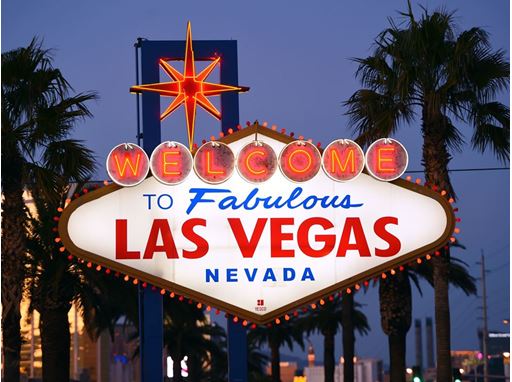 LAS VEGAS — With the fall travel season in full swing, Las Vegas is launching a new ad campaign reminding travelers that this is the place to put themselves first. The campaign is a playful reminder that now that you’ve handled all your obligations, Las Vegas is the place to go to make it all about you. The campaign will debut two ads, “Grounded” on Monday, Oct. 17, and “Storytime,” later this year.

Through a series of satirical ads, the campaign captures the adult need to take time for themselves, with Las Vegas embodying the ideal escape to indulge in and prioritize self-care. With its wide array of entertainment, attractions, and amenities, a Las Vegas getaway means leaving obligations behind to enjoy a well-deserved opportunity to focus on yourself.

“Grounded” humorously spotlights an over-the-top family dispute wherein a teenage daughter is set up by her parents in a ploy to abruptly change family vacation plans in their favor. The teen is declared "grounded" for having bad manners after a trivial sneeze, giving mom and dad the perfect moment to rush out the door for an adults-only getaway to Las Vegas.

“Storytime” features a dad animatedly reading a fictional bedtime story to his young son about Las Vegas, a land where everything is made of broccoli and dentists line the streets. These scare tactics work when the distraught son declines to go on their upcoming Vegas vacation.

“The new campaign is a light-hearted and playful nod to Vegas as the place adults need right now, to take the time for themselves that they’ve put on hold for so long," says Kate Wik, chief marketing officer for the Las Vegas Convention and Visitors Authority (LVCVA). “The first two ads from this campaign will resonate not just with parents but all adults who are seeking the spirit of adult freedom that they can only find in Las Vegas.”

The ads will run nationally in top markets including Los Angeles and New York City across a combination of connected and addressable TV placements, including streaming platforms such as Hulu. The ads will also run digitally through a YouTube takeover, online video, and streaming audio.

Additional ads will be released in January 2023.