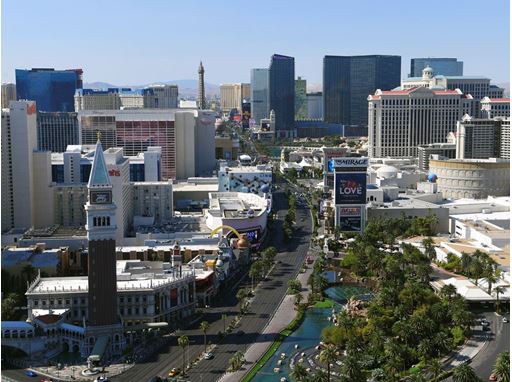 LAS VEGAS – Today the Las Vegas Convention and Visitors Authority (LVCVA) Board of Directors unanimously approved the sale and licensed use of a ten-acre parcel of land located at Las Vegas Boulevard and Elvis Presley Boulevard for $120 million to CB Investment SpA, a company owned by South American businessman Claudio Fischer. The ten acres had served as a portion of the land of the former Riviera Hotel.

The agreement to sell requires the development of a resort or hotel operation on the parcel of land. The LVCVA retained CBRE Group, Inc., a commercial real estate services and investment firm, to sell the parcel.

Details of the proposed agreement were included in the agenda item presented to the Board of Directors today for their consideration and approval.

The LVCVA’s land acquisitions on the Las Vegas Strip date back to 1993, when it purchased the 20-acre Landmark Hotel site. The adjacent 26-acre Riviera Hotel site was purchased in 2015. Additional acquisitions in 2018 and 2019 resulted in an additional 9.6 acres, paving the way for the Las Vegas Convention Center’s $1 billion West Hall expansion, which debuted in June 2021.

For additional information on the LVCC, visit  www.vegasmeansbusiness.com.