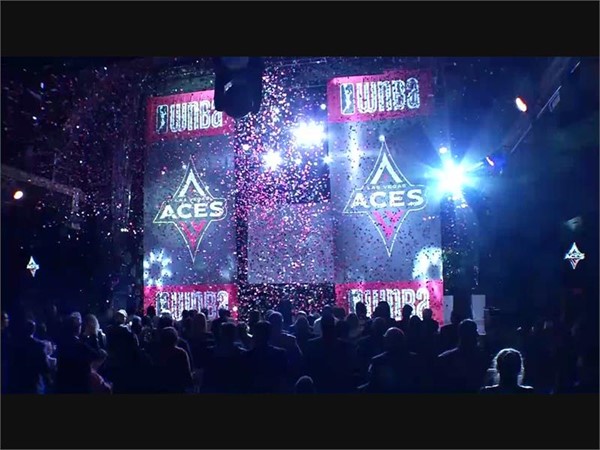 LAS VEGAS -- MGM Resorts International announced that its WNBA franchise will be called the Las Vegas Aces at a news conference at Mandalay Bay on Dec. 12, 2017. Las Vegas’ first major professional basketball team – formerly the San Antonio Stars – will begin play in its new home in the 2018 season.
Bill Laimbeer, Las Vegas Aces president of basketball operations and head coach, was joined by MGM Resorts President Bill Hornbuckle, and WNBA President Lisa Borders to reveal the team’s name and logo at the news conference. MGM Resorts received unanimous approval from the WNBA and NBA Board of Governors in October in connection with its purchase and relocation of the team from San Antonio to Las Vegas. In its inaugural season in Las Vegas, the Aces are expected to play 17 home games at the Mandalay Bay Events Center.
The Aces will become the second major professional sports team in Las Vegas, following the NHL’s Vegas Golden Knights, who play at T-Mobile Arena. The NFL’s Oakland Raiders are expected to relocate to Las Vegas by the 2020 season.
Las Vegas’ new WNBA franchise was originally established for the league’s inaugural season in Salt Lake City before moving to San Antonio prior to the 2003 season.