The Hunger Games: The Exhibition 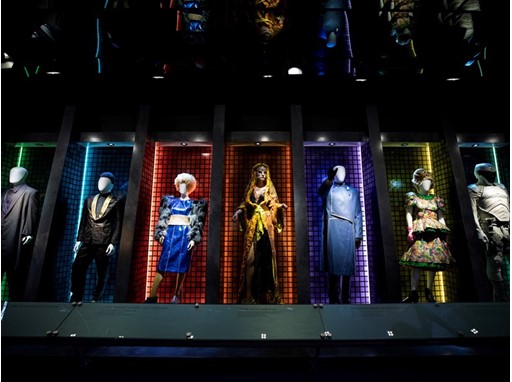 LAS VEGAS -- The Hunger Games: The Exhibition launched at MGM Grand Hotel & Casino on June 6, 2019 in Las Vegas, Nev. The exhibition features a new spectacular, fully-immersive archery training experience, as well as new interactives, set decoration and costumes. The Hunger Games attraction is based on the world-renowned films from Lionsgate, which grossed over $3 billion at the worldwide box office. It celebrates the epic journey of Katniss Everdeen from her humble beginnings in District 12 to her rise as the Mockingjay. The thrilling experience features several inspirational galleries including the Hall of Justice, President Snow's Office, the Tribute Train, District 13, and an archery training experience set within a 60-foot wide interactive digital training lab, which is a climactic highlight of the exhibition and the first of its kind on the The Strip. On June 6, 2019, a grand-opening was held featuring Hunger Games star Eldon Henson and Welby Altidor, Group Chief Creative Officer of Cityneon Holdings and Victory Hill Exhibitions.