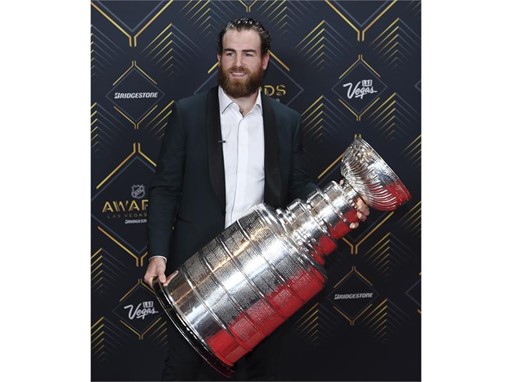 Before the awards, celebrities and NHL stars walked the red carpet and spoke to the media about the year in professional hockey...the biggest star being the Stanley Cup itself.