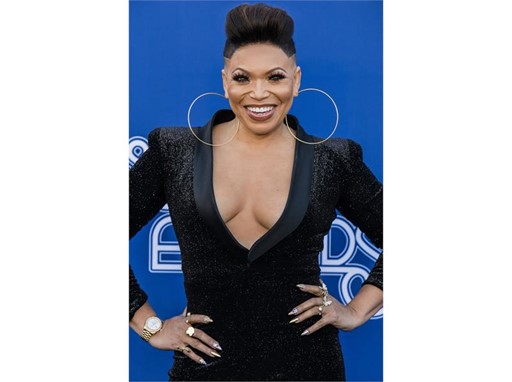 LAS VEGAS -- The BET network's 2018 Soul Train Awards, an annual celebration of the best in soul, R&B and hip-hop from legends to the next generation, was filmed Nov. 17, 2018, at Orleans Arena in Las Vegas. The 2018 Soul Train Awards will air on BET and BET HER on November 25th, 2018 at 8PM ET.
The awards show showcases Soul Train’s impact on the history of music and dance from the ‘70s to the present, featuring exciting lineups of unforgettable performances from some of the brightest stars in entertainment.
This year’s nominees for Soul Train Awards included musical artists H.E.R., Bruno Mars, Cardi B, SZA, Drake, Janet Jackson, Ella Mai, Daniel Caesar, Childish Gambino, John Legend and more. The godmother of soul, Erykah Badu, received the prestigious Legend Award and Grammy Award-winning singer-songwriter Faith Evans also received the fourth annual Lady of Soul Award.
Red Carpet photographs by Joe Buglewicz/Las Vegas News Bureau