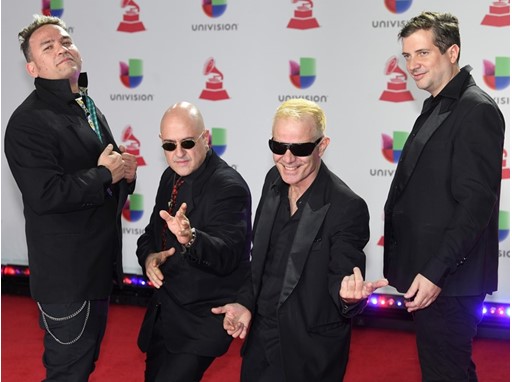 LAS VEGAS -- The 19th Annual Latin GRAMMYs, held at the MGM Grand Garden Arena on the Las Vegas Strip, November 15, 2018, featured an array of musical styles, from pop to reggaetón to regional Mexicano. The top artists, creative professionals and brightest newcomers in the Latin music industry put on a spectacular and unforgettable show. Performers during the show included Carlos Vives, Monsieur Periné, Ozuna, Sebastian Yatra, Halsey, Bad Bunny, Marc Anthony and Will Smith. Before the awards were announced, during the biggest night in Latin music, the red carpet was aglow with entertainers.
The Latin Grammy Awards recognizes excellence and create a greater public awareness of the cultural diversity of Latin recording artists and creators, both domestically and internationally. The Latin Grammy nominees and winners are chosen via the same exacting process as the Grammy Awards, with two subtle but important differences: The membership is international, and the releases eligible for awards are issued both inside and outside the United States.
Photos by Sam Morris/Las Vegas News Bureau