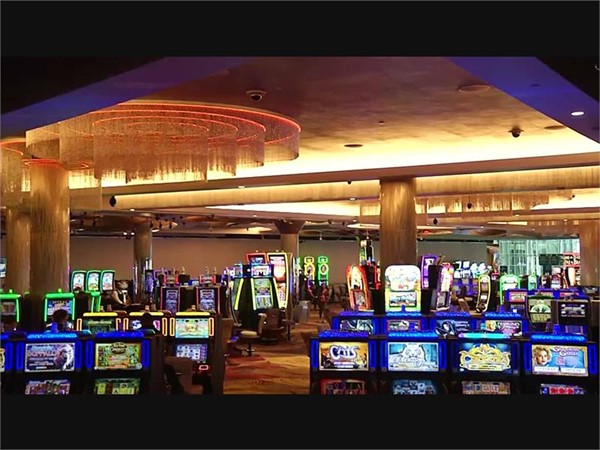 LAS VEGAS -- SLS Las Vegas held a press briefing on Tuesday, Jan. 29, 2019, providing media with a first-look at the property’s $100 million resort renovation and reimagined guest experience. SLS Las Vegas President & General Manager Paul Hobson along with members of the resort’s design team and culinary leadership provided updates on the exciting changes currently underway at the Strip resort.
Renovations began in October of last year and include updates to the casino floor, hotel rooms and corridors. Recently unveiled updates to the 60,000 square-foot casino floor feature a bright, modern atmosphere with glamorous finishes including a new layout for the slot and table game pits, a finished ceiling and lighting, and new carpeting. Progress on the casino floor continues as SLS expands its gaming offering to include a new high limit gaming salon, as well as a separate seating area.
In addition to the transformation of the resort’s public spaces, a redesign of both the Story and World Towers as well as upgrades to the Grand Tower are near completion. Improvements include enhancements to the Story and World Towers elevator lobbies and room corridor,s as well as remodeled rooms. Updates to the Grand Tower, of which SLS assumed leadership from W Hotels in August of last year, include room enhancements and an upgraded spa experience. The Grand Tower maintains its AAA Four Diamond status along with a private hotel entrance.