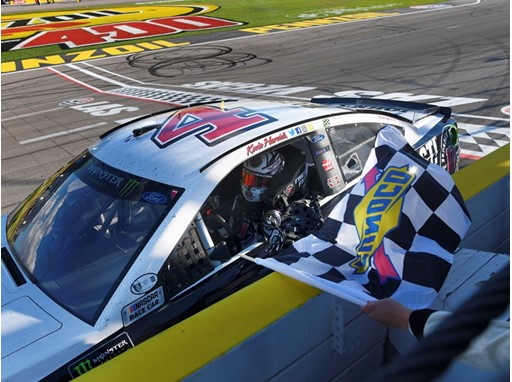 LAS VEGAS -- Las Vegas was a sports fan's paradise March 2-4, as the destination hosted NASCAR, USA Sevens Rugby and NHL hockey. The Las Vegas News Bureau staff captured the action from events throughout the weekend, including Kevin Harvick's victory at the Monster Energy NASCAR Cup Series Pennzoil 400.
Las Vegas sports action continues through March as the city becomes the center of the basketball world with the Pac-12, Mountain West, West Coast and Western Athletic conferences holding their annual tournaments. All of that leads up to the opening weekend of the NCAA men’s basketball tournament, which draws big crowds to watch their favorite teams throughout the destination.

Over the next two years, in addition to the recent debut of the Vegas Golden Knights, Las Vegas will also welcome the WNBA’s Las Vegas Aces, the Las Vegas Lights FC in the United Soccer League and the Las Vegas Raiders in the NFL.