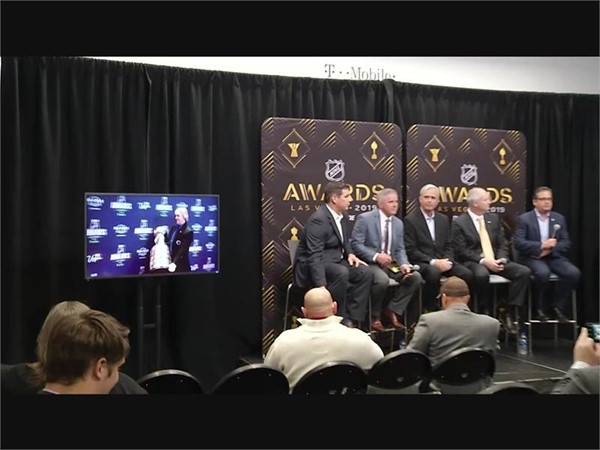 LAS VEGAS -- The NHL Awards return to Las Vegas this summer at Mandalay Bay Resort and Casino, the National Hockey League has announced. The 2019 NHL Awards presented by Bridgestone will be held on Wednesday, June 19 at the Mandalay Bay Events Center. It marks the first year that the NHL Awards will be held at the resort's sports and entertainment venue and the first time Bridgestone will be the presenting sponsor of the event.
This will be the 11th year of a successful partnership between Las Vegas and the League and the 10th time the NHL will honor the best hockey players in the world and the top performances of the season in Las Vegas. Las Vegas venues that have hosted the NHL Awards include Palms Hotel (2009-2011), Encore at Wynn Las Vegas (2012, 2014), MGM Grand Garden Arena (2015), The Joint, Hard Rock Hotel & Casino (2016, 2018) and T-Mobile Arena (2017).