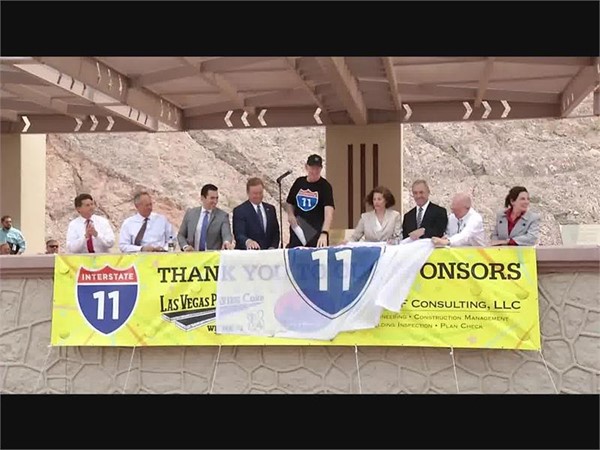 LAS VEGAS -- The first leg of Interstate 11 (I-11) opened Thursday Aug. 9. The new interstate highway will improve travel, safety and commerce between Nevada and Arizona. Currently, Las Vegas and Phoenix are the only two cities in the nation with populations of more than 1 million residents not linked by an interstate. The Regional Transportation Commission of Southern Nevada (RTC) and the Nevada Department of Transportation (NDOT) led the effort to complete I-11 from I-515 to US-93 near the new Hoover Dam Bypass Bridge.
NDOT managed the construction of 2.5 miles of the project, which recently opened, and the RTC oversaw the 12.5 mile phase. The event commemorated the opening of the entire 15-mile highway, which began construction in 2015. Eventually, I-11 will connect the western region of the United States with Mexico and Canada.