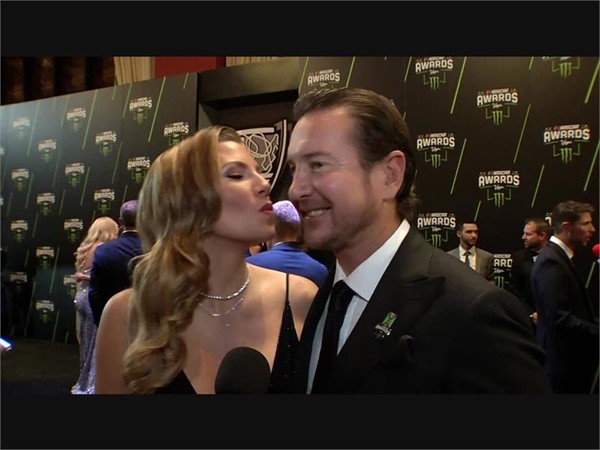 LAS VEGAS -- NASCAR drivers, team members, the sport’s national media and loyal fans descended on Las Vegas this week for the annual Monster Energy NASCAR Cup Series Awards held at the Wynn Las Vegas on November 29, 2018. Team Penske’s Joey Logano formally received the 2018 Monster Energy Series trophy as the sports celebrated a dramatic season and recognized some of its most impactful participants.
Before the ceremony, drivers and celebrities hit the red carpet and talked to the media about the 2018 NASCAR season.