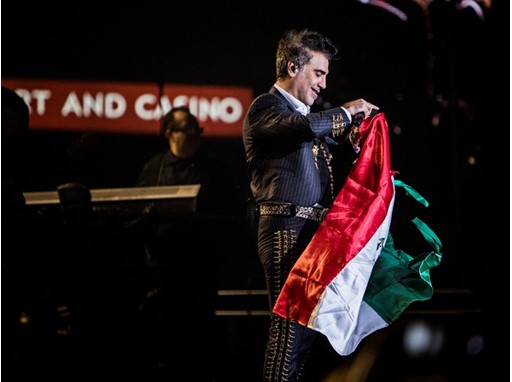 LAS VEGAS – The “Entertainment Capital of the World” saw visitors from around the world celebrate Mexican Independence Day with a lineup of exciting events and entertainment. This year, revelers enjoyed performances by unforgettable headliners, championship boxing and hilarious comedians during the 2018 El Grito festivities.

Fueling the El Grito excitement across Las Vegas, Canelo Alvarez and Gennady Golovkin returned to T-Mobile Arena for a historic, 12-round middleweight championship rematch with Canelo beating Golovkin in a majority decision.