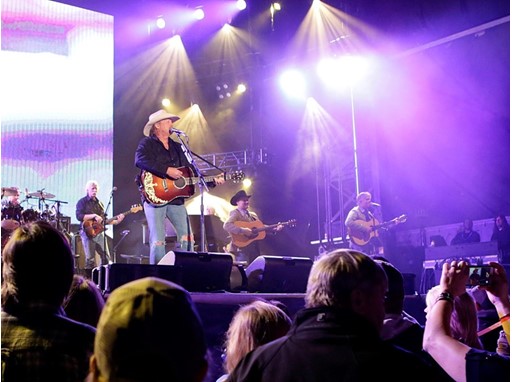 LAUGHLIN, Nev. -- Celebrated country artist Alan Jackson brought his 2017 "Honky Tonk Highway" tour to a sell-out crowd Laughlin Events Center on Feb. 28. The Newnan, Georgia native has sold nearly 60 million albums and released more than 60 singles with 50 landing in the top 10 and 35 soaring all the way to No. 1. A member of the Nashville Songwriters Hall of Fame and the Grand Ole Opry, Jackson has won more than 150 industry awards, including 18 Academy of Country Music Awards, 16 Country Music Association Awards, two Grammys and ASCAP’s Founders and Golden Note Awards. He also received the first-ever ASCAP Heritage Award in 2014 having earned the title of most performed country music songwriter-artist of ASCAP’s first 100 years.