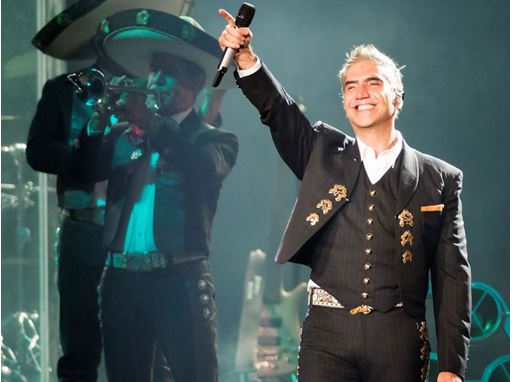 Images and video of marquee takeover are available here

“Mexico has consistently been an important market for Las Vegas, and we are excited to celebrate Mexican Independence Day throughout the destination” said H. Fletch Brunelle, vice president of marketing for the Las Vegas Convention and Visitors Authority. “With 44 weekly nonstop flights from 5 cities in Mexico, Las Vegas is once again an easily-accessible destination and we can’t wait to welcome the Mexican traveler back for an ‘Only in Vegas’ experience.”

“The Consulate of Mexico is glad to partner with Las Vegas to promote Mexican Independence Day. This is a great opportunity to acknowledge the significant contributions of Mexican tourists to Las Vegas, as well as the ones made by the 700,000 people of Mexican origin that live and work in Nevada”, said Julian Escutia, consul of Mexico in Las Vegas.”

This year’s observance features an exciting lineup of events and lively festivities in addition to world-class entertainers, including:

On Sept. 16, The High Roller observation wheel at The LINQ Promenade and the Eiffel Tower Viewing Deck at Paris Las Vegas will illuminate red, white and green.

J Balvin, Reggaeton's global ambassador, invites fans to join him Sept. 16-17 for his NEÓN Experience at Resorts World Las Vegas while Tiësto will kick off his residency at Zouk Nightclub on Sept. 17.

Hakkasan Group will host a weekend-long celebration with A-list entertainment including the anniversary celebration of Deseo Latin Sundays, the only dedicated Latin nightclub experience on the Strip at OMNIA Nightclub inside Caesars Palace.

The annual El Grito celebration at the Grand Canal Shoppes at The Venetian Resort Las Vegas will take place in St. Mark’s Square with multiple performances throughout the weekend.

The award-winning female revue FANTASY at Luxor Hotel and Casino will celebrate with the addition of a special show number, “La Charreada.”

To plan your unforgettable trip to Las Vegas visit www.VisitLasVegas.com.