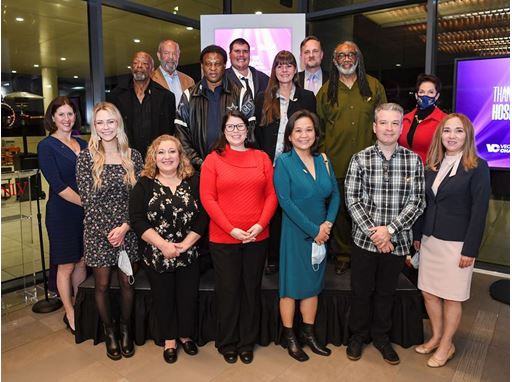 LAS VEGAS - The Las Vegas Convention and Visitors Authority (LVCVA) and the Vegas Chamber partnered to celebrate the Hospitality Heroes recognition program with a reception today honoring the winners and finalists of 2021, held at the William H. Harrah College of Hospitality at the University of Nevada, Las Vegas (UNLV).

In its inaugural year, the Hospitality Heroes recognition program helped shine a light on the outstanding frontline workers who helped make Las Vegas a world-class destination. The yearlong program garnered 175 online nominations since its January launch. Some workers were nominated for their extraordinary customer service and leadership skills while others were recognized for their volunteerism outside of work or their long tenures in the industry.

“It’s an honor to recognize these remarkable hospitality workers,” says Steve Hill, president and CEO of the LVCVA. “Providing outstanding customer service is part of Las Vegas’ DNA and a primary reason why Las Vegas continues to be the number one tourist destination.”

The event included remarks from Mary Beth Sewald, president and CEO of the Vegas Chamber and Stowe Shoemaker, dean of the UNLV College of Hospitality. From food preparation to set up and service, the event was entirely executed by hospitality students, representing the future of Southern Nevada’s leading industry.

The final winners of the year, Emelyn Del Prado-Cando, food server at Sunset Station, and Alonzo Langstaff and Earl Manson, both 50-year bellmen at Westgate, were also honored during the program. They joined five other winners and 24 finalists who were named during the year. Finalists were awarded with the Vegas Chambers’ Customer Service Excellence (CSE) Award. Winners received a trophy, an Only Vegas gift bag, and a staycation at a local resort and were honored during LVCVA Board of Directors meetings.

A complete listing of the 2021 Hospitality Heroes winners and finalists is as follows: