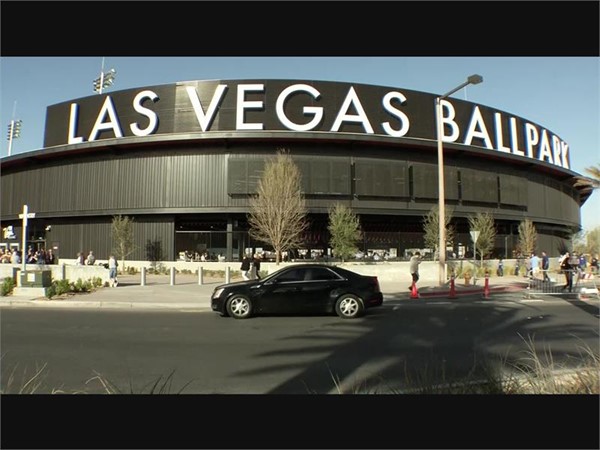 LAS VEGAS -- Las Vegas Ballpark®, located on eight acres in Downtown Summerlin, is the new home of the Las Vegas Aviators, the city’s professional Triple-A baseball team of the Pacific Coast League (PCL) and affiliate of the Oakland Athletics. Las Vegas Ballpark provides a wide range of seating options including 22 suites, club seats, berm seating, party zones and decks, picnic tables, kids’ zone, bars and a pool beyond the outfield wall, totalling a capacity of 10,000 fans.
On April 9, 2019, Las Vegas Ballpark host the first home game with the Las Vegas Aviators as they take on the Sacramento River Cats, Triple-A affiliate of the San Francisco Giants. This first homestand of the 2019 campaign will consist of seven games against the River Cats from Tuesday-Thursday, April 9-11 (three-game series) and a four-game series against Fresno Grizzlies, Triple-A affiliate of the Washington Nationals, from Friday-Monday, April 12-15. All games will begin at 7:05 p.m. except for Sunday, April 14 at 12:05 p.m.