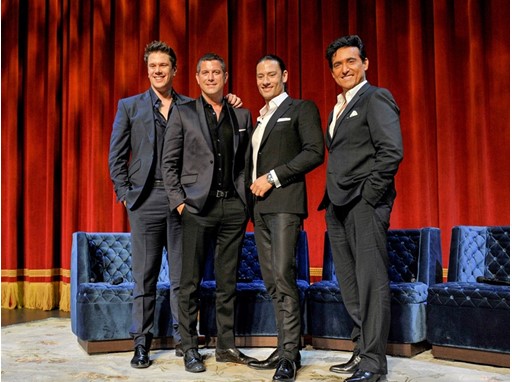 LAS VEGAS -- The international, multi-platinum quartet Il Divo will headline a limited engagement at The Venetian Las Vegas in September. Officials from Live Nation made the suprise announcement at a press conference at the Las Vegas resort on May 2, 2017. The foursome --  comprised of tenor Urs Buhler of Switzerland, baritone Carlos Marin of Spain, pop artist Sebastien Izambard of France and tenor David Miller of the United States -- has sold more than 30 million albums worldwide. With more than 50 No.1 records, they have earned 160 gold and platinum sales awards in more than 33 countries, and staged four world tours.The group will perform "Il Divo -- This Is Your Night: Live in Las Vegas" at the Venetian Theater on Sept. 20, 22, 23, 27, 29 and 30, 2017 at 8 pm.