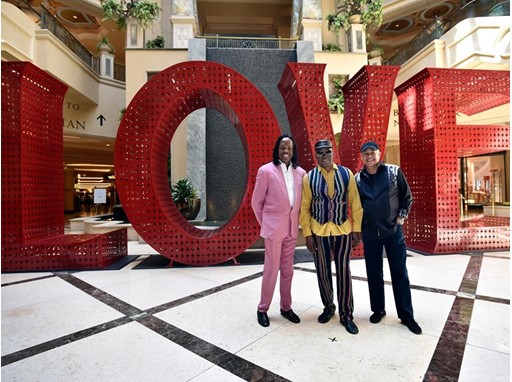 LAS VEGAS - Legendary music group Earth, Wind & Fire made a special appearance at The Venetian Las Vegas on Friday, May 4, 2018, to celebrate the debut of its limited engagement. The nine-time GRAMMY Award-winning band's debut residency includes a never-before-seen spectacular stage production, and performances of its timeless songs, including “Shining Star,” “September,” “Let’s Groove,” “Boogie Wonderland” and “Fantasy.” Performances are scheduled The Venetian Theatre through May 12, 2018.
Earth, Wind & Fire has become one of the world’s top-selling musical groups of all time since its formation in 1969 in Chicago. The band has sold over 100 million albums worldwide.  The Earth, Wind & Fire renown signature sound is beyond music genre or category. The band’s music has become the soundtrack of many lives for nearly five decades and will continue to have a long and lasting impact on popular culture for many generations to come. Its founders have been inducted into Rock and Roll Hall of Fame (2000). The National Academy of Recording Arts & Science (NARAS) bestowed its highest honor, the GRAMMY Lifetime Achievement Award to them in 2016, totaling nine GRAMMY Awards.