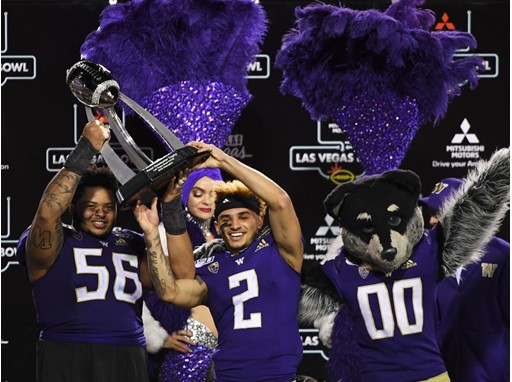 The matchup has an interesting side story as Washington coach Chris Petersen is retiring after the game in which he faces his old team, Boise State. Petersen went 92-12 in eight seasons at Boise State from 2006-13 before leaving for Washington. He was replaced as Broncos coach by Bryan Harsin, who worked on the offensive side of the ball with Petersen for 10 years in all, including five with Petersen as head coach.