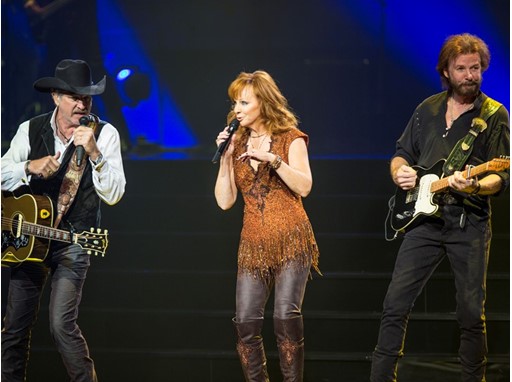 LAS VEGAS – Every December, the Entertainment Capital of the World invites cowboys and cowgirls to party ‘til the cows come home with a lineup of incredible events and entertainment during the Wrangler National Finals Rodeo (NFR), which kicks off on Thursday, Dec. 5.
World-class entertainment taking over iconic Vegas venues include:
To plan your unforgettable trip to Las Vegas visit www.visitlasvegas.com.
###
About the LVCVA
The Las Vegas Convention and Visitors Authority (LVCVA) is charged with marketing Southern Nevada as a tourism and convention destination worldwide and also with operating the Las Vegas Convention Center and Cashman Center. With nearly 150,000 hotel rooms in Las Vegas alone and more than 11.5 million square feet of meeting and exhibit space citywide, the LVCVA’s mission centers on attracting ever increasing numbers of leisure and business visitors to the area. Download the virtual reality app, Vegas VR, to experience Las Vegas from your iPhone or Android by visiting http://www.vrtv.vegas/. For more information, go to www.lvcva.com or www.visitlasvegas.com.