Las Vegas Counts Down to 2019 with Clock-Stopping Celebrations 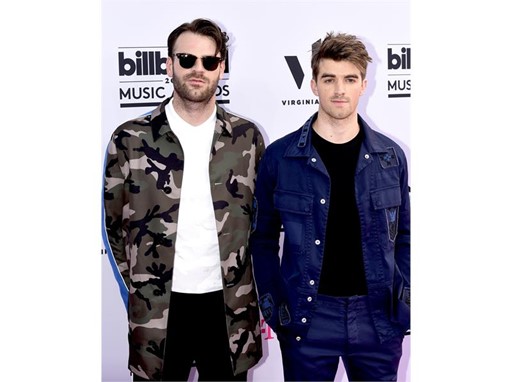 LAS VEGAS -- From unforgettable performances to breathtaking fireworks shows, Las Vegas will dazzle visitors with over-the-top New Year’s Eve celebrations both on-and-off the Strip, Monday, Dec. 31.
LIGHT UP THE SKY
Guests can take their New Year’s Eve celebration to new heights at Skyfall Lounge atop Delano Las Vegas. In addition to the venue’s 180-degree views, ideal for watching the Strip’s fireworks display, the elevated event will also offer handcrafted cocktails, customized bottle service and live entertainment.
Visitors looking to be in the center of the celebration can find their ideal party spot at New York-New York’s annual Bridge Bash on the Brooklyn Bridge from 8 p.m. - midnight. The Strip-side soiree will feature premium open bar, DJ beats and a fantastic view of the fireworks show.
Sundance Helicopters, Inc. will be the only tour operator to fly over the Las Vegas Strip on New Year’s Eve during the fireworks show countdown to 2019. Guests will board EC-130 helicopters which will then fly west of the Las Vegas Strip during the countdown, allowing guests to enjoy 80,000 pyrotechnic flashes at midnight.
Guests of all ages can skate into the New Year during the annual fireworks viewing party at The Ice Rink at The Cosmopolitan of Las Vegas. The outdoor event will turn up the heat with an open bar stocked with seasonal libations as well as a live DJ performance.
Partygoers are invited to forget all inhibitions and ring in 2019 during the highly-anticipated New Year’s Eve extravaganza on Fremont Street Experience, America’s Party Downtown. Downtown Vegas’ official New Year’s Eve party allows revelers to celebrate at a party like no other with nonstop live entertainment, stunning onstage pyrotechnics and a celebratory midnight toast by Las Vegas Mayor Carolyn Goodman.
Hyde Bellagio invites revelers to ring in 2019 with an extravagant lakeside masquerade-themed bash. Beginning at 9 p.m., Hyde will transform into a secret garden, highlighting the seamless indoor-outdoor space, floor-to-ceiling windows and expansive terrace that looks out over the famed Fountains of Bellagio.
Stratosphere Casino, Hotel & Tower will count down to 2019 with decadent holiday menus and property-wide celebrations. Rotating restaurant Top of the World’s fireworks seating begins at 10 p.m. and includes a prix-fixe menu, glass of champagne with dinner, party favors and spectacular views of the midnight fireworks show.
PARTY PLAYLIST
Multi-GRAMMY Award-winning superstar Bruno Mars, along with special guests Boyz II Men, will bring his “24K Magic” tour back to T-Mobile Arena, Dec. 30 - 31.
For the eighth consecutive year, GRAMMY Award-winning band Maroon 5 will bring their chart-topping hits back to Mandalay Bay Events Center, Dec. 30 - 31.
Pop music icon Ariana Grande will bring the “Sweetener” to kick off the celebratory weekend on Dec. 29 at The Chelsea at The Cosmopolitan of Las Vegas to close out the year.
GRAMMY Award-winning group Imagine Dragons will do “Whatever It Takes” to celebrate the new year at The Chelsea at The Cosmopolitan of Las Vegas on Dec. 31.
“Just Dance” into the New Year with superstar entertainer Lady Gaga as she launches her highly anticipated Las Vegas residency at Park Theater at Park MGM with shows on Dec. 28, 30 and 31.
Self-proclaimed “Greatest Band in the World,” Tenacious D will bring their over-the-top, comedy rock to The Joint at Hard Rock Hotel & Casino for a special New Year’s Eve performance.
DANCE UNTIL DAWN
Party into 2019 with French Montana live at Marquee Nightclub inside The Cosmopolitan of Las Vegas. The hot spot will offer partygoers heavily passed hors d’oeuvres from 9 p.m. – midnight, premium open bar from 9 – 11 p.m. as well as a complimentary glass of champagne for when the clock strikes midnight.
GRAMMY-nominated and Billboard Music Award-winning artist J. Cole will kick-off the countdown to 2019 with an electrifying performance at Hakkasan Nightclub inside MGM Grand.
Say goodbye to 2018 with Gucci Mane at Tao Las Vegas at The Venetian. Celebrate with two hours of a premium open bar and a champagne toast at midnight.
Giving partygoers another reason to celebrate, On The Record, the new speakeasy and bar concept by Houston Hospitality, will officially open at Park MGM. The highly anticipated hot spot will make its debut with a number of exciting events throughout the holiday weekend including the official Lady Gaga after party on Dec. 28, the official Jon Jones UFC fight after party on Dec. 29 and special guest performance by a soon to be announced entertainer on Dec. 31.
Dance the night away at XS at Wynn Las Vegas with The Chainsmokers as they welcome 2019 with a jaw-dropping performance.
Downtown Grand Hotel & Casino has announced the “Whoa! 90s Grand House Party Hosted by Joey Lawrence” to ring in 2019. Downtown Las Vegas’ premier free New Year's Eve celebration will mark Lawrence’s first official return to the destination since his Chippendale’s engagement in 2012.
For more information on New Year’s Eve in Las Vegas, visit www.visitlasvegas.com