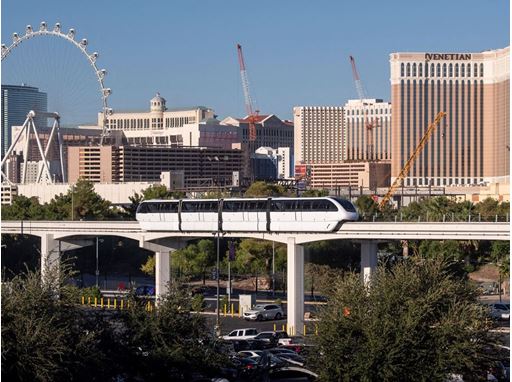 LAS VEGAS - Today the Las Vegas Convention and Visitors Authority (LVCVA) closed on its transaction to acquire the assets of the Las Vegas Monorail Company, preserving an important transportation option in Las Vegas and ensuring it can operate in the coming years.

The U.S. Bankruptcy Court approved the sale on Nov. 24, 2020. The transaction also allows for other transportation options on the east side of Las Vegas Boulevard by eliminating the non-compete area around the monorail system.  It further paves the way for the Boring Company’s underground tunnel, the Vegas Loop, to be constructed throughout the destination; pending approval to waive the monorail’s non-compete zone by the LVCVA Board of Directors on December 10.

The 3.9-mile elevated monorail has moved nearly five million people a year, many of whom are attending meetings at the Las Vegas Convention Center (LVCC.) The LVCVA plans to resume operations of the monorail when there is visitor demand in the destination for the transportation service.  Key staff expertise from the existing monorail team will be retained and part of Western Management Group contracted by the LVCVA to manage and operate the system.

For additional information on the LVCVA or the LVCC, visit LVCVA.com or www.VegasMeansBusiness.com.