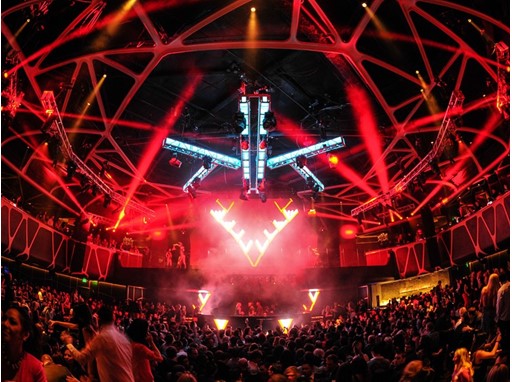 LAS VEGAS -- Las Vegas will say goodbye to summer with thrilling Labor Day weekend pool parties, concerts, comedians and DJ performances, Sept. 1-4. “The Entertainment Capital of the World” is the ultimate Labor Day weekend getaway, offering a special experience for all visitors.
SPLASHING ALLOWED
Whether guests prefer to splash to the beats of world-famous DJs or kick back in a relaxed pool oasis, Las Vegas offers endless daytime options. Throughout the weekend, those ready to dance can revel in upbeat music by Tiesto, Martin Garrix, Kaskade and Steve Aoki at Wet Republic at MGM Grand. Encore Beach Club at Encore Las Vegas will also thrill beach bums with sounds by Kygo, Alesso, David Guetta and The Chainsmokers. For visitors who want to keep the pool party going, Surrender Nightclub at Wynn Las Vegas hosts Night Swim with Major Lazer, DJ Snake and Dillon Francis, Sept. 1-3.
BRING ON THE NIGHT
Intrigue Nightclub at Wynn Las Vegas will serve up Labor Day Weekend fun with performances by Marshmello on Friday, Sept. 1 and RL Grime on Saturday, Sept. 2. Hakkasan Las Vegas inside MGM Grand will welcome Tiesto and Hardwell, Sept. 1-2. Fans of Calvin Harris’ new Funk Wav Bounces Vol. 1 album can also see the award-winning DJ live at Hakkasan on Sunday, Sept. 3.
LIVE CONCERTS
Oops! She did it again. Britney Spears will return to Las Vegas for her critically acclaimed residency, PIECE OF ME inside The AXIS at Planet Hollywood Resort & Casino, Sept. 1-3. “24K Magic” will be in the air at Park Theater inside Monte Carlo Hotel & Casino when Grammy Award winner Bruno Mars returns for performances Sept. 2-3. Those who prefer to wear cowboy boots instead of their dancing shoes can head to T-Mobile Arena to see George Strait during Strait to Vegas, the King of Country Music’s exclusive concert series, Sept. 1-2.  Rock and Roll Hall of Fame inductee Rod Stewart will also return to The Colosseum inside Caesars Palace during the holiday weekend for performances of his highly successful residency, Sept. 2-3.
LAUGH OUT LOUD
Those looking for a laugh this Labor Day weekend can enjoy stand-up performances by top comedians throughout the destination. Taking over The Chelsea inside The Cosmopolitan of Las Vegas, the fourth-annual Hartbeat Weekend will feature hilarious headliners including Kevin Hart and Dave Chappelle, with musical performances by Usher, Sept. 1-3. The Aces of Comedy series at The Mirage will keep the laughs coming with sidesplitting stand-up by comedian and actor George Lopez on Sept. 1-2 and season six winner of NBC’s “Last Comic Standing” Iliza Shlesinger, Sept. 3.