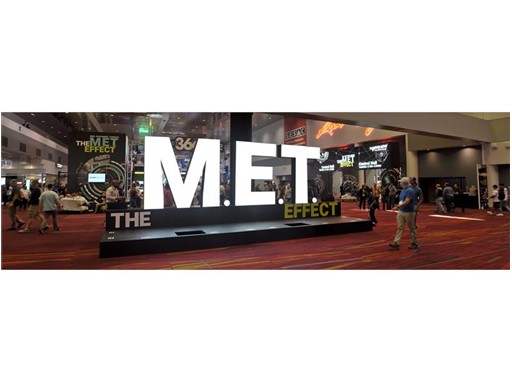 LAS VEGAS -- As the largest electronic media show in the world, the National Association of Broadcasters Show is expected to attract more than 103,000 attendees while in Las Vegas April 22-27 at the Las Vegas Convention Center.  The 215 first-time exhibitors will join a wide variety of exhibiting veterans on the 1 million+ net square feet of space that make up the NAB Show exhibit floor.
2017 NAB Show exhibition will comprise 1,700+ companies, including 751+ international exhibitors and some of the world's leading brands and companies. NAB Show will also feature several new technology-focused pavilions and destinations: the Facebook Live Video Solutions Pavilion, featuring numerous vendors demonstrating tools associated with the social platform’s recent engagement function; the Cybersecurity and Content Protection Pavilion, hosting companies leading the way in asset, data and network security; an IP Showcase that will provide an industry-wide perspective on recent developments with Internet Protocol technology; the NextGen TV Hub: Powered by ANextGen TV Hub: Powered by ATSC 3.0TSC 3.0 showcasing the latest developments associated with the new broadcast standard; and the Connected Car Hackathon. Driven by Ford, a competition among developers centered on the increasingly autonomous capabilities of vehicles. More than 200 companies will exhibit for the first time at the 2017 NAB Show, the world’s largest convention encompassing the convergence of media, entertainment and technology. These companies will offer a first-look at new products and technologies through interactive exhibits and demonstrations.