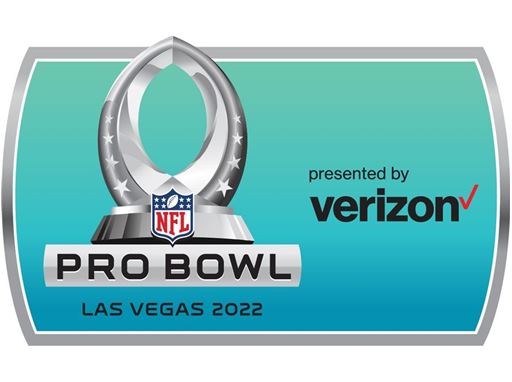 New York, NY (November 16, 2021) - The 2022 Pro Bowl presented by Verizon is headed to Las Vegas and fans can now secure tickets for all the action and see the NFL’s biggest and brightest stars represent their team, their city, and their fanbase. The 2022 Pro Bowl will be played at Allegiant Stadium on Sunday, February 6th at 12:00 PM PT, fans can visit ProBowl.com to buy tickets starting today.

This year, tickets will also allow fans special benefits on gameday including access to the Pro Bowl Red Carpet and other family-friendly activities.

Starting at 12:00 PM PT, the 2022 Pro Bowl will be televised on ESPN, ESPN Deportes and simulcast on ABC.

Also starting today, Pro Bowl Vote presented by Panini Trading Cards is now open and fans can show their support for their favorite players by voting for them to be named to the 2022 Pro Bowl roster. The NFL will leverage social media platforms to showcase its players’ incredible athletic accomplishments and competitive spirit, while also highlighting their unique personalities away from the gridiron. Fans who vote via NFL.com/ProBowlVote will be entered for a chance to win a trip to Pro Bowl.

Fans can vote as often as they’d like starting today (November 16) until Thursday, December 16 across a variety of platforms, including:

Player selections will be determined by the consensus votes of fans, players and coaches, with each group’s vote counting as one-third toward determining the All-Star players who will be selected to this year’s Pro Bowl. The NFL is the only sports league that combines voting by fans, coaches and players to determine its Pro Bowl teams. NFL players and coaches will cast their votes on Friday, December 17.

The following is a breakdown of positions and the corresponding numbers of players who will be selected (88 total) for the 2022 Pro Bowl:

More details around how fans can get involved with Pro Bowl Week festivities will be announced at a later date. Visit ProBowl.com for the latest event details.

It is anticipated that all COVID-related health protocols and requirements established for Raiders games will also apply for the 2022 Pro Bowl and are subject to change as we get closer to the date of the game. Protocols for Raiders games can be accessed on the Allegiant Stadium website linked here.