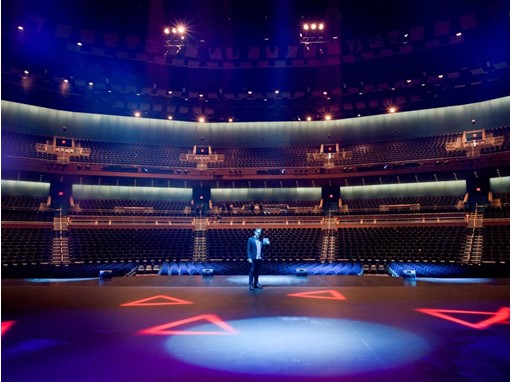 LAS VEGAS -- MGM Resorts International on Dec. 6 provided a sneak peek of the Park Theater,  the 5200-seat venue which will serve as the gateway to the entertainment district along the renowned Las Vegas Strip, complementing the recently opened T-Mobile Arena, the adjacent two-acre Toshiba Plaza and The Park. Opening Dec. 17 with Stevie Nicks and The Pretenders, the new entertainment venue is the first step in the recently announced reimagination of Monte Carlo.  The transformation, taking place over the next two years, will include two distinct hotel experiences – a Las Vegas version of the Sydell Group’s famed NoMad Hotel and the launch of a new luxury hotel named Park MGM. Each hotel will feature fully redesigned hotel guest rooms and innovative food & beverage offerings, highlighted by Eataly, a vibrant Italian marketplace with cafes, to-go counters and full-service restaurants interspersed with high-quality products from sustainable Italian and local producers. At the forefront of the MGM Resorts experience, the mid-size Park Theater will play a key role in MGM’s strategy to further evolve the entertainment landscape in Las Vegas, providing intimate exposure to some of the most celebrated artists and athletes. Park Theater will welcome an abundant roster of entertainers from around the world, including performances by legendary singer-songwriter Stevie Nicks, Mandopop sensation Fish Leong and renowned comedian Katt Williams among others. Additionally, Park Theater has fostered long-term relationships with top-tier talents, resulting in extended engagements with Bruno Mars, Cher and Ricky Martin. Beyond live music, Park Theater will also serve as a new home for MMA and boxing among other sporting events still to be announced.