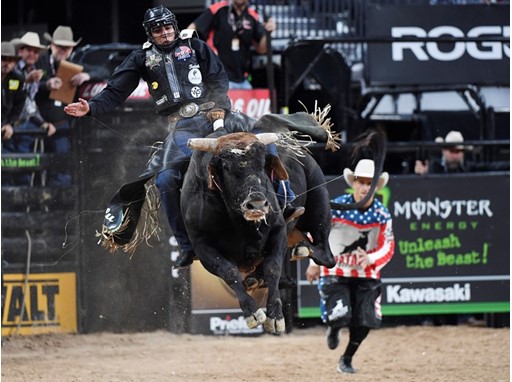 LAS VEGAS -- Put on your best cowboy boots and welcome the Professional Bull Riders (PBR) to Las Vegas, Nov. 7-11, 2018. Now in its 25th year, the top 40 bull riders in the world battle against the world’s best bulls for their share of the $2 million purse. Each rider competing in the PBR World Finals will ride one bull per night during Rounds 1-5. Scores from the five rides will then be combined, and the Top 15 riders will advance to the 25th PBR: Unleash the Beast World Finals Championship Round following the completion of Round 5 on Sunday. The rider with the highest total score for the six rounds will earn the World Finals Event Title and $300,000. After five days of competition, the bull rider who has earned the most world standings points during the 2018 season will be crowned the PBR World Champion. This year’s event at T-Mobile Arena on the Las Vegas Strip and will attract more than 68,000 attendees.