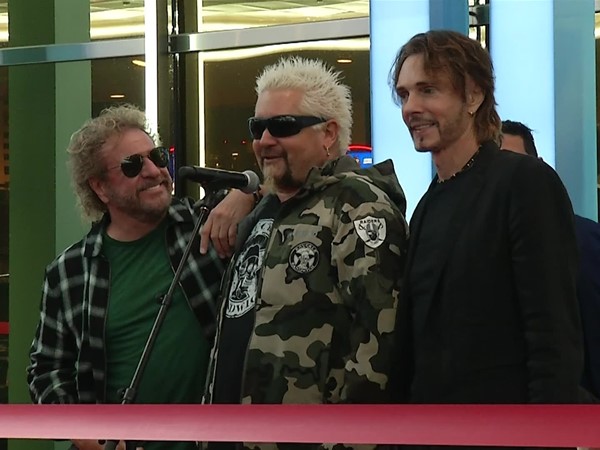 LAS VEGAS -- The STRAT Hotel, Casino & SkyPod celebrated the official transition to the iconic property’s new identity on Wednesday, January 22, 2019, with a party hosted by rock icon, Sammy Hagar. Hagar, along with rock legend, Rick Springfield, gave a toast to the reinvention of the property and a new spirits partnership with Golden Entertainment, inc., owner of The STRAT, which included the introduction of signature cocktails made with his premium spirits, Santo Tequila Blanco, Santo Mezquila and Sammy’s Beach Bar Rum. Hagar poured his signature spirits for the public inside The STRAT’s REMIX Lounge.

About The STRAT: The STRAT Hotel, Casino & SkyPod, formerly the Stratosphere, Casino, Hotel & Tower, has introduced a full reinvention of the iconic property since Golden Entertainment, Inc. took ownership in late 2017. Located on the north Strip at the gateway to the Arts District at 2000 S. Las Vegas Blvd., the hotel offers 2,427 guest rooms, including the newly remodeled “Elevate” series rooms and suites, and an 80,000-square-foot casino. The SkyPod, located at the top of the iconic tower at 1,149 feet high, is comprised of Top of the World, serving award-winning cuisine in a 360 degree rotating dining room.