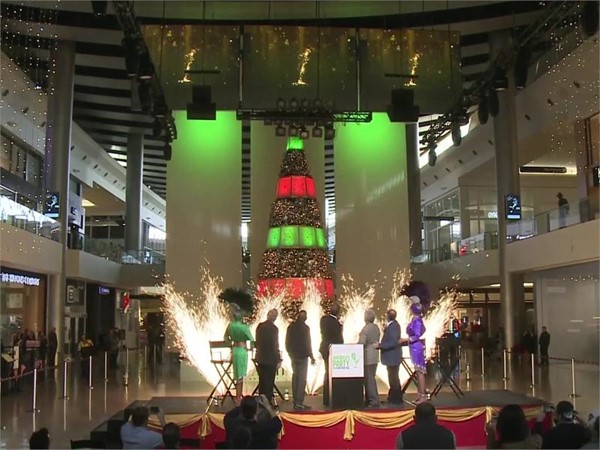 LAS VEGAS -- Las Vegas Events, the Las Vegas Convention and Visitors Authority (LVCVA), and Fireworks by Grucci unveiled details today, December 20, 2018, of “America’s Party 2019,” the fireworks and entertainment extravaganza to ring in the New Year in classic Las Vegas style.  America’s Party will encompass both the live entertainment at the Fremont Street Experience and the much-anticipated fireworks show on the Las Vegas Strip. America’s Party will be co-produced by Fireworks by Grucci. The pyrotechnic display will be launched from seven rooftop locations. Those locations include (from the south, heading north): MGM Grand; Aria; Planet Hollywood; Caesars Palace; Treasure Island (TI); The Venetian; and the Stratosphere. Speaking at the event were Lawrence Weekly – Chairman, LVCVA and Clark County Commissioner; Bob Coffin – Councilman, City of Las Vegas; Pat Christenson – President, Las Vegas Events; and Phil Grucci – CEO/Creative Director, Fireworks by Grucci.