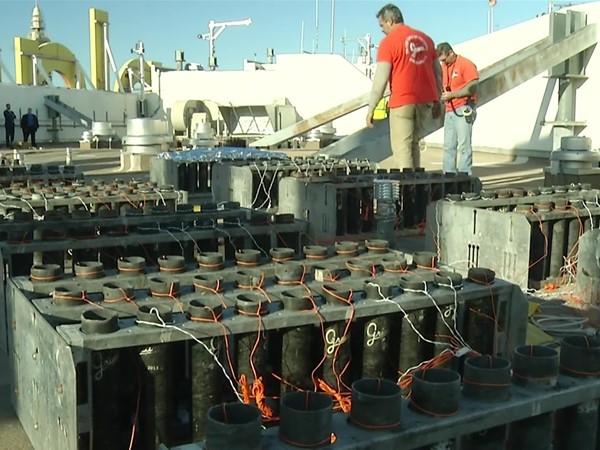 LAS VEGAS -- In preparation for the 20th anniversary of the America’s Party: Las Vegas New Year 2020, Fireworks by Grucci provided a tour of the rooftop location at Planet Hollywood Resort & Casino, as a preview to this ultimate fireworks extravaganza.

After a full year of planning, Fireworks by Grucci has coordinated an 8-minute program that will light up the Las Vegas Strip. More than 80,000 pyrotechnic effects will light up the sky over the resort corridor. The theme of this year’s show is The Big 20. The pyrotechnic display will feature custom Grucci pyrotechnics, including Red & Silver Chrysanthemums with Silver & Red Pistils, multi-colored stars, crowns, comets and rings.